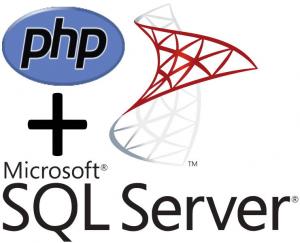 MSSQL Compat is a small and simple drop-in library that allows your pre-7 PHP project, that uses MSSQL via mssql_* functions ( eg mssql_connect() et al ), to work transparently with PDO DBLib by providing the missing functions as wrappers around the equivalent PDO syntax - and all that with a single line!

I recently started migrating internal web applications to new servers that use PHP7.

Thus I stumbled on a couple of old applications that use MSSQL with PHP, which I dearly hoped to avoid rewriting and debugging now that PHP7 has deprecated the mssql_* family of functions.

The result is this single-file solution: just include it before your first mssql_* call, and it will transparently wrap them to the equivalent PDO calls.

What it is not

MSSQL-Compat requires the bare basics for PHP7 to be able to talk to MSSQL - namely:

Hint: All of the above are easily usable via repos such as IUS or Remi if not directly supported by your OS

Source
Find it on Github!